Just enough time left in 2010 to shoot another AWESOME film, thanks to the very wonderful cast and crew. Thank you for bringing your dedication and many talents to the production of NOT GETTING MARRIED! From left to right, beginning in the back row: 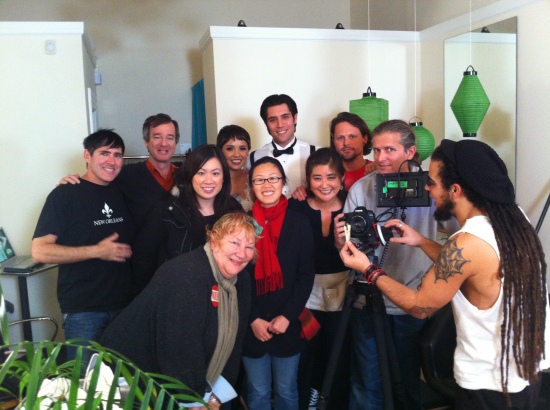 We are deep into the heart of editing ON IT! Drawing closer to a picture lock means that we can focus on sound design and the music. Hard to leave shots on the cutting room floor, but we’re working to make the tightest storyline possible. Happily the acting is so good that it’s fun to watch, even after several viewings! Nice work, Aliza and Tom!

So, we decided on January first to make a movie before the end of the month. Starting the year out with a bang! That film is Bottle Caps, and it shoots this weekend. Too busy planing to talk about it now. More news after the shoot!